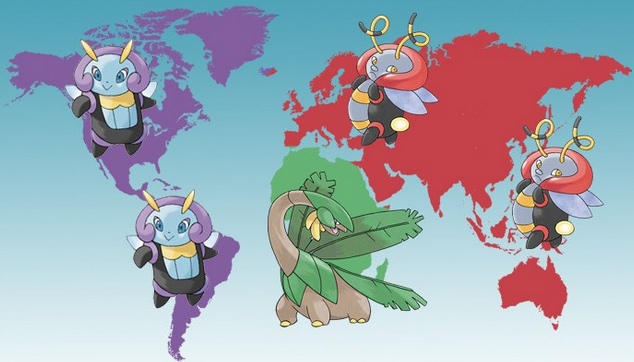 With the recent addition of twenty brand new Hoenn Pokemon to Pokemon GO, it now appears that three of these newest additions, volbeat, illumise and tropius, are, in fact, Region Exclusive. Volbeat is said to only be found in Europe, Asia and Oceania, while its counterpart, Illumise, can only be found in North America, South America and Africa. As for Tropius, it is exclusive solely to Africa.

Many players believe that niantic made these three Pokemon the newest region exclusives primarily because Plusle and Minun no longer are. If you aren\'t aware, Plusle and Minun can now be found all over the world, losing their Region Exclusive restrictions after, oddly enough, the last twenty new Hoenn Pokemon arrived in Pokemon GO. Clearly, Niantic thought they needed to balance the number of Region Exclusives with the help of Volbeat, Illumise, and Tropius.