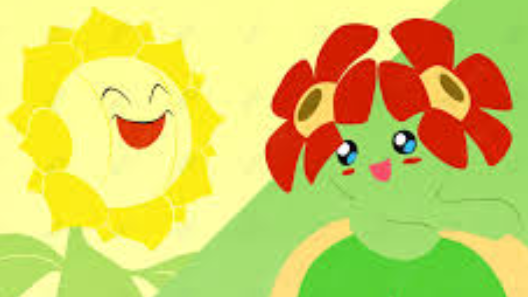 Much like how scizor and steelix are evolutions in Pokemon GO that come from the same Evolutionary Item, so the same for the Pokemon Bellossom and Sunflora. Bellossom is one of the Dual-Evolutions of Gloom, and Sunflora is the solo evolution of sunkern; both Pokemon need the Sun Stone in Pokemon GO in order to evolve.

Since the Sun Stone, like all the evolutionary items of Pokemon GO, is extremely rare to find, many trainers will most assuredly be faced with the dilemma of having to choose whether they should first evolve into Bellossom or Sunflora once they do finally get lucky enough to obtain a Sun Stone. Again, like Scizor and Steelix, these two Pokemon are very different, from their niche in the game to their individual stats.

However, things get a little more technical when a player has the necessary Candy to evolve into both bellossom and sunflora, but yet still having only one Sun Stone to use to evolve on over the other. When this happens, most players will tend to evolve the better statistical Pokemon. Unfortunately, Bellossom and Sunflora are pretty similar Pokemon, being within 50 CP when each maxed out. Bellossom is clearly the more defensive of the two, while Sunflora has more offensive power than it. (Both, however, don't compare to other, better Pokemon that specialize in the same categories.) If a player is looking for a more defensive Pokemon, then Bellossom should be their pick; if they need to pack a little more attacking power, then Sunflora should always be the pick.

But the sad truth is, unlike scizor and steelix, it doesn't really matter if a player evolves into either Bellossom or Sunflora before the other. Again, they are both underwhelming Pokemon that basically have the same amount of Combat Power. Honestly, players will only look to evolve into them in order to better complete their pokedex, which players will ultimately need both Pokemon to do. If you have the means to evolve one before the other based on how many Candy you have, then always go with that Pokemon first. If you have enough Candy to evolve into either Pokemon when you receive your first Sun Stone, then pick which Pokemon will better fit you party based on their stats. That, or simply go with the one you like more than the other and patiently wait for your next Sun Stone to come.

Comments for Should I Evolve Into Bellossom OR Sunflora First In Pokemon GO?