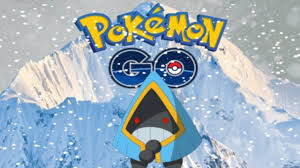 If the Pokemon GO 2017 Holiday Event hasn't given players enough already with the addition of many new Hoenn Pokemon Species and so many items presently on the sale in the Shop, it is now being reported that the Pokemon Evolution Chain of Snorunt and Glalie can be found in their given Shiny Forms.

And now, snorunt and glalie have been added to the growing list of Hoenn Pokemon in Pokemon GO that can be found in their shiny forms!