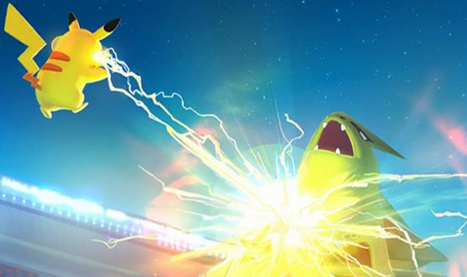 For many, many months now, Pokemon GO players have anxiously been waiting for the gym Overhaul promised to them by the developers at niantic. Most players, primarily ones that have been playing legitimately since the hit mobile game came to be almost one year ago, have been hoping for quite some time that the system would be revamped after a number of spoofers began controlling the gyms with their illegitimately obtained Pokemon. And now, finally, that day has arrived, the hour is now at hand.

For the most part, the new Pokemon GO gyms look exciting, giving a new twist to the game that most believe was absolutely necessary at this point. However, even though this update will bring new life to the smash mobile game, it isn't perfect, it too has a number of flaws. Some of these less-than-stellar features are smaller than others, while some will hurt a number of players playing Pokemon GO. In short, here are the ten things about the new Pokemon Go Gyms that we (and many others soon will) hate.

If, as you read, would like to voice your options too, you can do so at any time in the space provided below each page of this article. Whether you think we are wrong with the logic on one of these given aspects or you too agree and can see why one of the issues we list will persist, you can tell us about it in said comments area. You can even share with us you thoughts about another issue you can see with this newest system. Whatever you would like to say, we'd love to hear for you either way.

So without another second to lose, here are the ten problems we see (and hate) with the new Pokemon GO gym System...

Berries Are Even More Crucial

If players thought they had enough trouble keeping ample supply of crucial items - including the likes of pokeballs, Great Balls, Ultra Balls, Lucky eggs, egg Incubators and even Razz Berries themselves - then the mere fact that they will need to hold on to even more Razz Berries probably won't sit too well with them. And the truth is, Razz Berries have become one of the most important items in all of Pokemon GO. Instead of only being able to be used within a Pokemon Capture Battle, Razz Berries now can and will be used to sustain your Pokemon Defending Pokemon's Motivation at Pokemon Gyms.

This wouldn't be such a bad thing if niantic allowed players to buy Berries with their coins in the Shop, but since this has never been done before and there doesn't appear to be any indication of this coming anytime soon, players will have to hope to receive as many Razz Berries as they can from PokeStops and and the new Pokemon Gyms Spinners. For the most part, it will come down to players need some lucky when receiving items from these places, which isn't the best of things to rely on. Players may get the chance to receive Golden Razz Berries by defeating Pokemon Raid Bosses, but since these Pokemon will be very difficult to defeat, they will be in short supply as well. Not to mention, one top of all of this, most players will probably need spend what little coins they have in order to expand their Bag's capacity so they can hold as many Razz Berries as they possibly can.