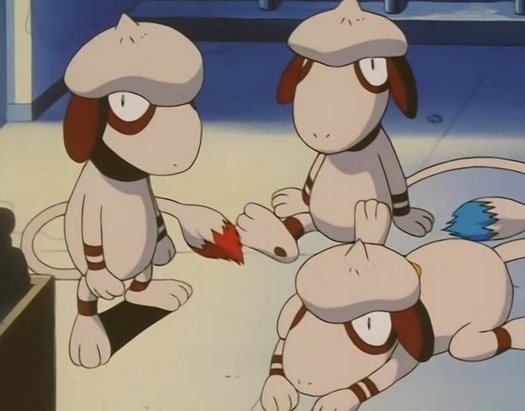 The 2nd Generation of Pokemon GO has been out for roughly a month now, and as player continue to try to finish their now-expanded Pokedex, there is one Pokemon that seems to have been forgotten about. No, we're not hinting toward any Legendary Pokemon as those are still quite a ways off from coming, but instead the painting Pokemon itself, Smeargle.

So why isn't smeargle in Pokemon GO yet? It's not like it's some great Pokemon; oh no, far from it. So why? Is niantic just holding onto it from some down-the-road promotional Event? Or does this go deeper than that? Well, the answer is perfectly simple, and it all it takes to find it is by looking back on the 1st Generation of Pokemon GO.

If you recall, when Pokemon GO was first released, outside of the Legends not being able to be found only ditto wasn't found in the game. This mainly had to do with Ditto's rather exclusive move of Transform, and Niantic having needing extra time to figure out the mechanics involved with adding such a move to gameplay. Long story short, Ditto was eventually added to Pokemon GO, and Smeargle will be the same after Niantic figures out how to mechanically incorporate its exclusive move of Sketch. In the Mainstream Pokemon Games, Sketch allows smeargle to copy any other Pokemon's move and permanently have such. As you can see, this spells trouble for the creators at niantic. How can they give a Pokemon such a move and make sure it keeps the move it sketches permanently? In fact, this is more troublesome than Transform, which only lasts for the given length of a Gym Battle.

So when will smeargle be added to Pokemon GO? And how will niantic solve the problem it has with Sketch? The answer to the first question obviously revolves solely around when the latter issue is resolved; Smeargle will be released after some sort of plan has been come up with for Sketch. Will Niantic make Sketch permanent, allowing Smeargle to learn the Special Attack of any Pokemon and thus having it for eternity? Or will Niantic take a more unique approach like Transform, having Sketch only work at Pokemon Gyms and only lasting for the length of said each and every Gym Battle (allowing Smeargle to use Sketch at every Gym and learn a different Special Attack each and every time)?

Related
Will There Be A Pokemon GO 2018 St. Pattys Day Event?

Comments for Why Is Smeargle Not In Pokemon GO Yet?