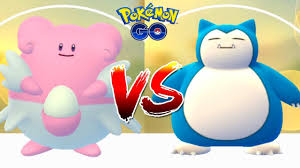 In Pokemon GO, all Pokemon are broken up into two groups based whether or not they are a good specimen or not. The ones that have a certain niche in the game, usually ones with higher Maximum Combat Levels, are kept and trained by all trainers, while all the rest are discarded and obtained only for Pokedex purposes. The ones that are worthy of actually being trained are then separated into three distinct groupings based how they fare at Gyms, being considered either a good Gym Attacker, a good Gym Defender, or a good Balanced Pokemon. In this article, we will be examining who we consider to be the best Gym Defenders in all of Pokemon GO.

gym Defenders, if you don't already know, are Pokemon that are at their best when placed at a Gym your team already owns. Usually, these select Pokemon have extremely high stats were both their Stamina and Defense is concerned, allowing them hold down the fort, so to say, and protect the Gym from being captured by other teams. Typing also plays a key role in Gym Defenders, as well as their Attack Stat to a certain degree since a Pokemon with poor offensive capabilities won't defeat many Pokemon while protect the Gym (no matter how good their Stamina and Defense are).

Now we could limit this scope to only ten Pokemon and leave the remaining few as just barely missing the cut, but we truly believe that there are fifteen Pokemon worth mentioning as the best of the best gym Defenders. We will even include a number of reasons for why they made our list and why they received the rankings they did. If at anytime you feel we nailed a selection and ranking, or if you feel we may have underrated a Pokemon here and there or even missed a species in particular, you can comment below with your thoughts. We always love to hear from you, even if you don't necessarily agree with all of our thoughts.

With all of that said, how about we get this show on the road already? Here are who we considered to be the Top 15 Best gym Defenders in all of Pokemon GO! 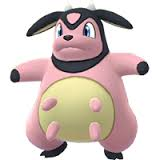 We start things off with miltank, a Pokemon many older fans remember quite well. If you are among the senior class where Pokemon is concerned or have played Pokemon Gold/Silver/Crystal (or even HeartGold and SoulSilver), then you know exactly what we are referring to. Back in the day, under the guide and care of the gym Leader Whitney, Miltank was a frustrating foe that defeated many Pokemon teams on its own. It helped Whitney defend her gym so well back in the day, and after close to two decades later, it's still up to its same old ways.

Now, no, miltank isn't one of the best gym Defenders in all of Pokemon GO, but it is among the better ones that all players should consider when placing a Pokemon at a Gym. It has an impressive amount of Stamina, and when you add this to its surprising above-average Defense, it lasts quite long in battle when at a higher Combat Level. If you're looking to leave a good Pokemon to hold onto your Gym so you have just enough time to claim another, then Miltank should always be an option for you.