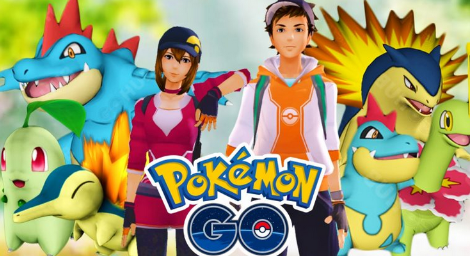 In Pokemon GO, all Pokemon are broken up into two groups based whether if they're are a good specimen or not. The ones that have a certain niche in the game, usually ones with higher Maximum Combat Levels, are kept and trained by all trainers, while all the rest are discarded and obtained only for Pokedex purposes. The ones that are worthy of actually being trained are then separated into two distinct groupings based how they fare at Gyms, being considered either a good Gym Attacker, a good Gym Defender, or a good Balanced Pokemon. In this article, we will be examining who we consider to be the best Gym Attackers in all of Pokemon GO.

gym Attackers, if you don't already know, are Pokemon that are at their best in helping you take over Gyms. Usually, these select Pokemon have extremely high stats were their Attack is concerned, allowing them to wreak havoc at Gyms that belong to opposing teams by knocking out plenty of Pokemon at said facility. Typing also plays a key role in Gym Attackers, as well as their Defensive Stats to a certain degree since a Pokemon with poor defenses won't survive long in battle (no matter how good their Attack is).

Now we could limit this scope to only ten Pokemon and leave the remaining few as just missing the cut, but we truly believe that there are fifteen Pokemon worth mentioning as the best of the best gym Attackers. We will even include a number of reasons for why they made our list and why they received the rankings they did. If at anytime you feel we nailed a selection and ranking, or if you feel we may have underrated a Pokemon here and there or even missed a species in particular, you can comment below with your thoughts. We always love to hear from you, even if you don't necessarily agree with our thoughts.

With all of that said, how about we get started already? Here are who we considered to be the Top 15 Best gym Attackers in all of Pokemon GO! 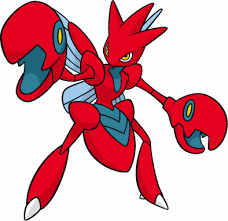 We begin our little countdown of sorts with none other than scizor, a Pokemon that has received high acclaims in the Mainstream Pokemon Games. In Pokemon GO, Scizor keeps up with its reputation, having both a high Attack and Defense Stat. Scizor even eclipses the 200 Base Attack mark, which is almost a must for most Gym Attackers. Add this to its above average Defense Stat and its capacity of reaching over 2800 Max Combat Power, and you have a Pokemon that can do some serious damage at opposing Gyms.

Unfortunately, we have to knock scizor all the way down as our worst of the best gym Attackers, primarily for two reasons in particular. The first has to deal its less than impressive Stamina Stat, which ends up doing more harm to Scizor's other stats than you might think. And secondly, which is far worse than the first, Scizor is x4 weak to Fire Type Moves. Now we know that Fire Types no longer rule the Pokemon GO Battlefields, but this weakness is truly detrimental to all Scizor has going for it since all players still have a number of Arcanine and Flareon in their arsenals.