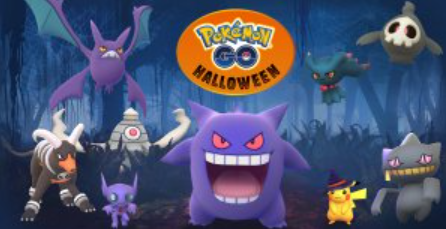 This year's Halloween Event in Pokemon GO is now underway, allowing players their first chance at catching 3rd generation Pokemon such as sableye, shuppet, banette, duskull and dusclops. A special pikachu wearing a Witch's Hat can also be found during this time; there will also be increased spawn rates for cubone, gastly, drowzee and other so-called "Spooky Pokemon". Players will also earn double candy in all facets of the game during this promotion, as well as receive a free Mimikyu-Inspired Hat Accessory. On top of all of this, Special Boxes will be on sale in the Shop during this shot time period. The event runs until November 2nd.

It has also been confirmed that shiny sableye can be found during this event, making it just the fourth ever Pokemon in Pokemon GO to earn such an honor.