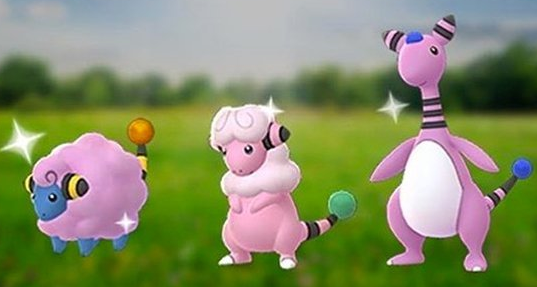 Due to the April Community Day that took place across the globe today, mareep and its fellow evolutions can now be obtained in their shiny forms. Mareep, Flaffy and ampharos join already a long list of Pokemon presently available in their shiny forms in Pokemon GO, a list that appears will keep growing as more and more Pokemon released within the game. If you were also fortunate enough to capture a Shiny Mareep during the April Community Day, you could've (and hopefully did) evolved it all the way into an Ampharos in order to have a Shiny Ampharos with the special move of Dragon Pulse!